Skip to content
In 2014, Ebola Virus outbreak occurred in Nigeria and got most people on their nerves and in panic.
Thanks to the Federal Government of Nigeria and other International agencies that made a swift decision to disburse funds to the Federal Ministry of Health to curtail the spread and drastically terminated the occurrence of the crisis. 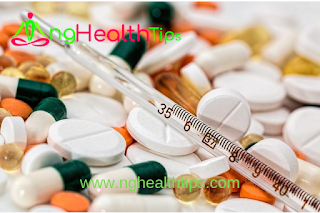 Recently, Lassa fever invaded us, and we have lost count of so many lives that had come to an end.
This epidemic has cost many Nigerians the lives of their loved and dear ones, some became childless, orphans, widows, widowers while some of their entire generation seemed wiped away from the surface of the earth.
And now, there is another outbreak of viral haemorrhagic disease, whose name is yet to be identified.
This unidentifiedviral disease has mounted a great deal of pressure on the residents of Uhunmwode Local Government Area of Edo State as on a daily basis there is a rising death toll recorded.
This strange ailment was suspected to be Yellow fever, but considering the symptoms the victims suffered, the ailment is a viral disease, and it is haemorrhagic because of the bleeding they had.
All viral infections are infectious, but a person who suffers from Yellow fever might not necessarily bleed.
Viral haemorrhagic fevers are contagious diseases that hamper blood clot, it is a condition which is instigated by illness with one of some viruses that can cause increased permeability of the blood vessels resulting in loss of blood into the skin, within, or from the mouth or other openings.
Dengue, Ebola, Lassa, Marburg, Yellow fever are examples of some viral hemorrhagic fevers. The mode of spread of each of the VHFs varies on the type of virus causing them.
Viral haemorrhagicfevers are transmitted when one gets in contactwith infected animals or insects such as mosquito and tick bites, people as in infected blood or semen. The symptoms can take up to like 21 days to develop.
Some signs and symptoms of viral haemorrhagic fever (VHF) include high fever, weakness, dizziness, and myalgia.
There may be shock, coma, delirium, seizures, Delirium, Kidney failure, Respiratory fever, Liver failure, Sepsis and death in life-threatening cases.
However, the best approach to control this yet-to-be identified plague is prevention, which may include:
Using appropriate protective barriers such as gloves, eye and face protections, and gowns when contact with blood or body fluids is predictable.
Careful handling of victims with the case or similar, disinfection, and disposal of laboratory specimens and waste.
Get vaccinated
Avoid mosquitoes and ticks
Guard against rodents

Some women are battling with an increased social and psychological problems today as a result of obesity, here are simple ways to lose fat for women. Is there a time … END_OF_DOCUMENT_TOKEN_TO_BE_REPLACED

COVID-19 Situation Report As contained in the World Health Organization’s report, there is a global decrease in coronavirus cases and death incidences. With over 3 million new cases and over 73 000 … END_OF_DOCUMENT_TOKEN_TO_BE_REPLACED

The Concept of Environment It is no news that the environment is critical to humans’ health and their overall wellbeing. And to have another opinion that negates this position is … END_OF_DOCUMENT_TOKEN_TO_BE_REPLACED