Skip to content
Obesity as a term originated from the Latin word obesitas, which imply “fat, plump, chubby or stout”.
The ancient Indian and Egyptian medicines recognized the word obesity as a medically related disorder. 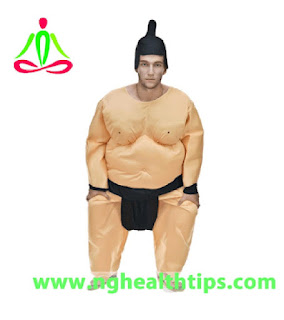 Sushruta, an Indian surgeon (who lived in 6th century BCE), did not only recognized obesity as a medical disorder, but also related obesity to some NCD diseases such as heart diseases and diabetes, Sushruta however recommended exercise (physical work) to cure obesity and the effects it has on human health.

Connection with other Disease Condition

Obesity was linked with affluence in olden days when there was scarcity of food, while in recent times; obesity and overweight are connected with lower socioeconomic status all over the world.
Obesity has been known to have given birth to many other chronic diseases, it aids other opportunistic disease thereby causing a reduction in the life expectancy of such an obese individual and that is why it is being referred to as the mother of all diseases.

Obesity has now appeared as a main concern in the prevention of chronic diseases. It has a means of causing an upsurge of most the non-communicable diseases
As earlier stated, obesity increases the chances of a variety of other diseases, such as Heart disease; Type 2 diabetes; certain kinds of cancer; osteoarthritis; stroke; high blood pressure; vastly triglycerides and low high-density lipoprotein (HDL) cholesterol; metabolic disorder (this is the combination of high blood pressure, low HDL cholesterol, high triglycerides and high blood sugar).
Other cases include gout; asthma; gallstones or gallbladder disease; gynecological problems (which include irregular periods and infertility); it can lead to sexual healthissues and erectile dysfunction in people; nonalcoholic fatty liver disease- a condition whereby fat is accumulated or builds up in the liver and cause scarring or inflammation.
Sleep Apnea, (a situation whereby someone stops breathing for a period while sleeping) and other breathing problems is also related to obesity.

This multi-faceted complex health condition occurs as a result of lack of energy balance between what is consumed and what is expended, that is, foods we feed on and the inactivity lifestyle we live.
The term obesity is the accumulation of fats in the body in such a way that it becomes a problem to the health of the person. It is a severe medical condition that has led to so many other diseases over time.
B.M.I (body mass index) is one of the screening tools in determining how obese someone is and obesity is also referred to as overweight.
In the western world, an individual is said to be obese when the person’s body mass index (B.M.I) is more than 30kg/m2. B.M.I is calculated by your weight (in Kg) divided by your height squared (in centimeters). Going by this calculation, when your B.M.I falls between 25-30kg and above 30kg, you are obese.

Some Research Based Facts About Obesity

Base on research, one adult out of three is obese.
1 out of 5 youths between the ages of 6 through 19 is obese.

The type of food you consume, lifestyle and genetics are the three top things responsible for obesity.
When you feed majorly on concentrated processed foods and live a sedentaryor inactive lifestyle, you stand a good chance to suffer from this condition. 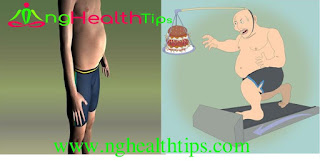 Also, there is all possibility for one whose parents are obese to be obese too. Medications, psychiatric ill health, and endocrine disorders can also cause obesity.
Obesity has its role in causing death in the world despite the fact that it is preventable. It has an increased rate among children and adults, no wonder why health authorities have described obesity as 21st century public health troubles.
Obesity has the power to reduce an individual’s productivity and lessen the quality of life such person ought to live. It makes natural things that you enjoy doing difficult for you.

Obesity, the mother of all ailments comes with some psychosocial illness such as stigmatization.
Though, it doesn’t send any signal to some people (obese individuals) as they see their body type as a sign of healthy living and symbolizes wealth and fertility.
Obesity sometimes makes people become suspicious. Most times, obese individuals assume people are gossiping about them. This could lead to discrimination and avoidance of public functions.
Other related issues surrounding overweight include:
Disability, depression, shame and guilt, social isolation, lower work achievement, pubertal changes (here there is an alteration of insulin and leptin in obese children; it advances puberty level in female infant and slow puberty in male children).
Another problem that comes with obesity include sexual problem such as infertility in females and difficulty in conception, and obese men suffer erectile dysfunction, it as well lowers free men testosterone. Emotional distress and hormonal disturbances are other issues that are prone to obese people.
Researchers have revealed how excess body weight poses a serious health problem to people.

Obesity can cause resistance to the insulin. The consequence of this stress caused by obesity may lead to the suppression of signals of insulin receptors which can result in insulin resistance.
The endoplasmic reticulum (E.R), this is an arrangement of cells located in the body, the body’s endoplasmic reticulum has been compared to a synthetic engine of a cell, in charge of processing proteins and fats.
E.R has also been regarded to by the scientists as the factory where the protein is produced, equally the site where excessive blood fats are processed.
As a person, when you consume too much of calories, the body becomes bombarded with nutrients, and necessitate the following:
It becomes important for nutrients to be processed; stored and also used.
Endoplasmic reticulum (E.R) factory becomes well-worn and begins sending emergency signals.
The emergency signals inform the body cells to reduce the insulin receptors
Endoplasmic reticulum (E.R) controls the usual responses to insulin
It becomes hard for insulin to lucid body sugar.
Another collapse of the endoplasmic reticulum (E.R) stress, apart from obesity is that it generates cell inflammation, and it is close to CXCL5 causes more illness such as heart disease.

A diet that is high in grains and sugar content is one of the diets responsible for overweight in an individual. When such diet is consumed, the sugar becomes more metabolize and processed to fat, and it is stored in the body fat cells.
The fat later releases the sugar in leptin. It is a fact that when the body is exposed to excess leptin, the body resists it just like insulin resistance.
To have excess fats stored in the body make the body goes out of balance and as such, causes obesity which then makes such individual opened to other diseases.
Excess body fat makes the blood vessels thick, not elastic as they were, other noiseless vascular disease spring forth. The arteries as well become hardened and also thick heart walls are formed, this when it takes place is very inimical to the body.

Prevention of the killer disease at its root

When the source of a problem is known, preventing and curing such becomes easy. It has been among vision of the health institutions to ensure the chronic disease is eliminated from our society, and this cannot be achieved if the cause of these chronic diseases is not tackled.
Lifestyle modification, that is, embracing healthier behaviour, is the best way to address this issue of obesity being the mother of all diseases.
Having known the sources and some of the likely deleterious consequences of this killer disease, it is recommended that the following be done:
Nutrition, diets, food type should be tailored to suit your purpose. That is, non-conventional food that consist the entire classes of food should always be consumed.

Consumption of fruits such as watermelon; datesand vegetables is a good way of maintaining healthy weight and ensure you eat base on your body need.

Exercise, active life should be embraced. Exercise overtime has been an efficient means of burning unnecessary calories and improving health. For you to be free from obesity, exerciseshould be seen as an antidote.

For people who are obese already, intermittentfasting could also be a good way of shedding the excess fat.
There should be an equilibrium between energy expenditure and energy intake, always do a check and balance.
By doing this, that is leveraging on what is consumed and energy expended, it reduces susceptibility to diseases that easily befall people as a result of body fat.
Obesity should not be joked with, and therefore, human being must do everything within their reach to stay healthy and stay fit.

0 thoughts on “Obesity: mother of all diseases”

Some women are battling with an increased social and psychological problems today as a result of obesity, here are simple ways to lose fat for women. Is there a time … END_OF_DOCUMENT_TOKEN_TO_BE_REPLACED

COVID-19 Situation Report As contained in the World Health Organization’s report, there is a global decrease in coronavirus cases and death incidences. With over 3 million new cases and over 73 000 … END_OF_DOCUMENT_TOKEN_TO_BE_REPLACED

The Concept of Environment It is no news that the environment is critical to humans’ health and their overall wellbeing. And to have another opinion that negates this position is … END_OF_DOCUMENT_TOKEN_TO_BE_REPLACED