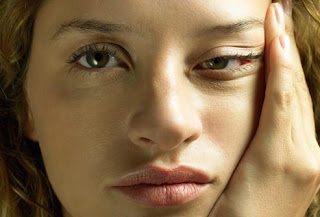 E.R.S (Erythrocyte sedimentation rate), this is used in measuring how fast the red blood cells (erythrocytes) settle in the testing tube. This determines the inflammation type present in the body.

3.    The blood glucose level in the body, it is used to check for diabetes.
4.    Thyroid-stimulating hormone test, this is conducted for detecting if there are problems confronting the thyroid gland.
5.    The chemistry panel, this is the blood test gives information about the general well being and your health status.
6.    Urinalysis, this is a test carried out on urine which gives information overall health and hints on the possibilities of other disease conditions.
These are routine lab tests. Other tests may be done if your symptoms, history, and physical exam suggest other possible problems. Additional tests may include:
· ANA (antinuclear antibodies), to check for lupus (systemic lupus erythematosus).
·       Rheumatoid factor, to check for rheumatoid arthritis.
·       HIV test, to check for human immunodeficiency virus (HIV) infection.
·       Tests for Lyme disease , if you may have been exposed to ticks.
·       Skin test, for tuberculosis.
·       Hepatitis A , hepatitis B , or hepatitis C tests.

Some women are battling with an increased social and psychological problems today as a result of obesity, here are simple ways to lose fat for women. Is there a time … END_OF_DOCUMENT_TOKEN_TO_BE_REPLACED

COVID-19 Situation Report As contained in the World Health Organization’s report, there is a global decrease in coronavirus cases and death incidences. With over 3 million new cases and over 73 000 … END_OF_DOCUMENT_TOKEN_TO_BE_REPLACED

The Concept of Environment It is no news that the environment is critical to humans’ health and their overall wellbeing. And to have another opinion that negates this position is … END_OF_DOCUMENT_TOKEN_TO_BE_REPLACED