Visiting waterfalls among other tourist centres in the country has some health and nutritional benefits.

Talking about states with tourist attractions in Nigeria, Niger state cannot be left out.
Niger state is sure one of the places to visit in Nigeria because of the presence of pure nature. Among such places includes Gurara waterfalls,  Zuma rock in Suleja, and lots more. 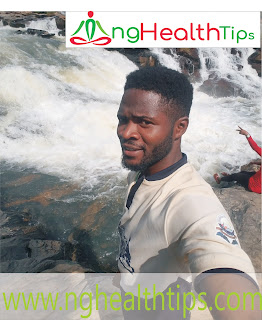 A visit to Gurara waterfall is worth it. It is one of the Niger destinations that one needs to explore and enjoy.

According to different accounts, the waterfall became known to men in the year 1745 by a hunter named Buba. He’s by tribe, Gwari. It was gathered during my visit that Buba was on a hunting journey from Zaria (Kaduna state) when he came across the Gurara fall.
History further has it that the name Gurara came to being from deities (gods) that the natives worshipped then-Gura and Rara.
As at then, the Gurara waterfall witnessed a lot of sacrifices from the dwellers who offered sacrifices to the waterfall whenever they are confronted with any problem.
The sacrificial acts, according to historians, continued until 1925 when the Europeans heard about the existence of this beautiful place in Niger state. 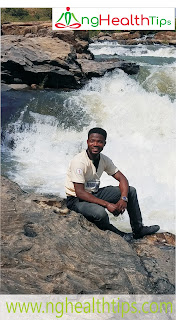 The Peak Of Gurara Waterfall

The Gurara falls to its peak between the month of April and November. Everywhere is filled up with water during this time. The force is very high at this time, and it becomesriskier for one to go closer to the water as no one sees its depth.
However, between January and March, the water is shallow. During this period, the pressure becomes reduced especially at the lowercourse of the river. One can easily see the rocks inside the water at this period, andit becomes more fun to walk around the water. 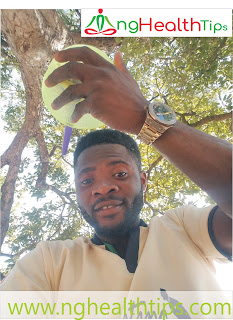 Gurara waterfall environment remains pure with its surroundings full of trees of all kinds, shrubbery and rocks. This natural habitat provides fresh oxygen to the visitors and guests.
It is a proven fact that an environment like Gurara falls is rich in fresh oxygen. Such oxygen enhances digestion. Fresh air like the one available at Gurara waterfall assists in digesting foods efficiently.
For sure, it will not be a mistake to take your time to visit the place once in a while; it will provide you with the many benefits stocked in nature.
Paying a visit to Gurara waterfall is indeed a recreational activity, and such will serve as a means of improving one’s physical health.
Research has it that people who participate in activities like walking, skiing, mountain climbing and so on, have lower body fat.
There is a reduction in their blood pressure and also lowering of the cholesterol levels in the bodies of people who take part in such activities.
A visit to Gurara waterfall is not just full of fun but also beneficial to one’s overall health. For example, when a good amount of fresh oxygen is inhaled, it affects the amount of serotonin. Serotonin is known to be good forboosting mood. It brightens up individual’s moodand also promotes one’s sense of happiness.
Gurara waterfall is such a place that promotes social and mental health. You will meet, as well see people from different places. The fun available there alone will serve as a boost to your emotional being.
There are places at the waterfallwhere one can swim. Swimming, been a low-impact activity, provides abundant health benefits to humans, both physical and mental. It is also useful for the heart as it keeps the heart rate up. Swimming also helps to build the muscular strength, enhances cardiovascular fitness and also helps to buildendurance.
When you swim, almost all the muscles are used, and the entire body is engaged. This makes a visit to Gurara waterfall a unique one as this is done in fresh water.
All these activities, swimming, walking and rock climbing is certain at Gurara waterfall. As one takes his or her time to explore the nature of the waterfall, the whole body is exercised. One will end up saving self from spending on diseases such as heart diseases, which occur as a result of obesity due to sedentary lifestyles.

Apart from the recreational aspect of the fall, the water houses different types of fish. There are local dwellers around the fall who are majorly fishermen. They sell the fishes at affordable prices. Also, there are enough spaces where the fishes could be prepared, and, barbeque (Asun) exist within.
Fishes are known to be among the best sources of omega three fatty acids, which are incredible for both the brain and the body. Fishes are filledwith essential nutrients such as vitamin D and protein.
Research has it that persons who consume fish on a regular basis have reduced the risk of strokes, heart attack and heart disease that could lead to death.
This implies that, apart from the recreational activities and fun one could get at Gurara waterfall, it equally provides the enabling environment where fresh fish could be bought and consumed.

The Presence Of Fulani Women

The presence of Fulani women at the Gurara waterfall is an additional nutritional benefit. Fulanis are known to be right in trading cow milk (yoghurt locally called Nunu). They are always available at the waterfalls to sell their product since they know that people will come from different places.
After the ups and downs at the waterfalls, one only needs to get a shed to purchase and consume the local yoghurt. It refreshes and gives energy.
Yoghurt (Nunu) is equally nutritious. It contains 9.0g of protein, 3.98g of carbohydrates, 81.3g of water, a lot of vitamins and minerals.

0 thoughts on “A Healthy Visit To Gurara Waterfall”

Some women are battling with an increased social and psychological problems today as a result of obesity, here are simple ways to lose fat for women. Is there a time … END_OF_DOCUMENT_TOKEN_TO_BE_REPLACED

COVID-19 Situation Report As contained in the World Health Organization’s report, there is a global decrease in coronavirus cases and death incidences. With over 3 million new cases and over 73 000 … END_OF_DOCUMENT_TOKEN_TO_BE_REPLACED

The Concept of Environment It is no news that the environment is critical to humans’ health and their overall wellbeing. And to have another opinion that negates this position is … END_OF_DOCUMENT_TOKEN_TO_BE_REPLACED